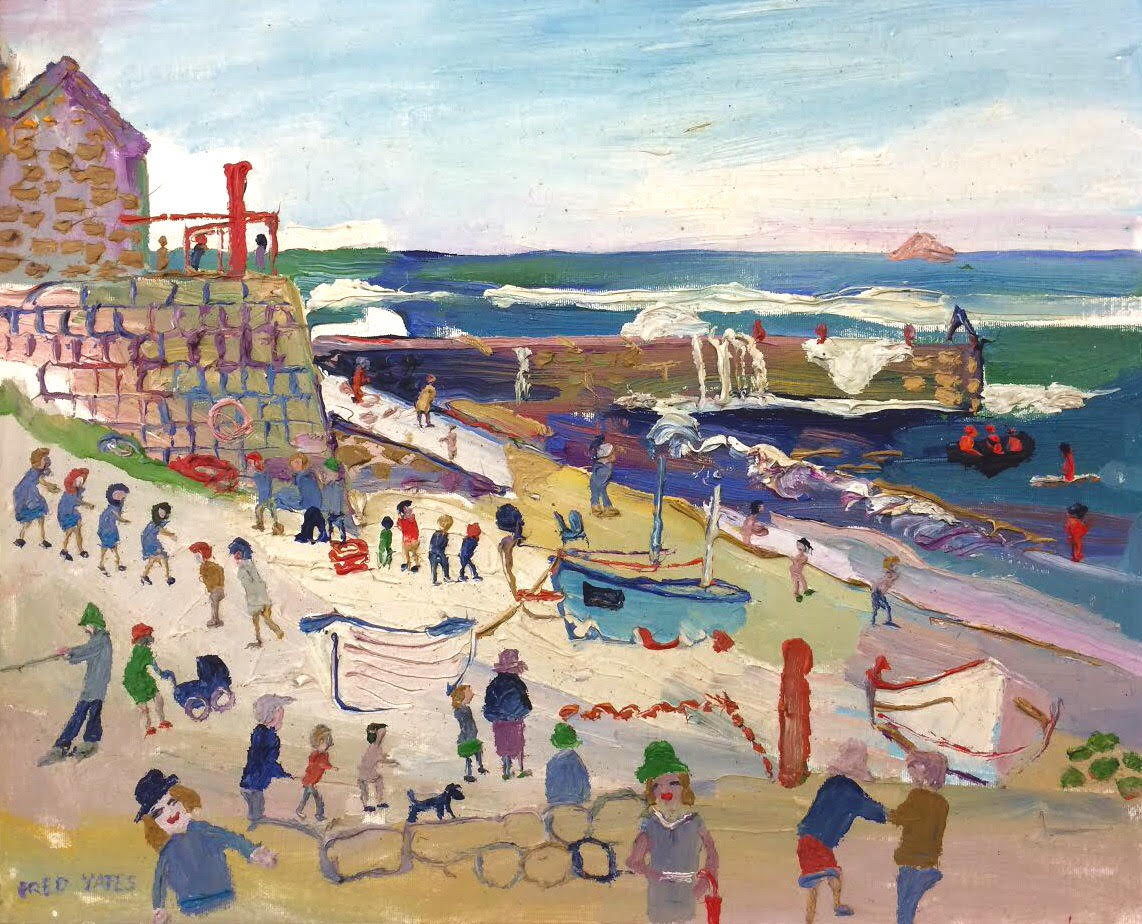 Fred Yates grew up in Urmston, a suburb of Manchester. His career as an insurance clerk was cut short by the outbreak of war and he served in the Grenadier Guards until 1945 when he returned to Manchester as a painter and decorator.

Untutored, but with tremendous self-discipline, Fred began to paint pictures of the rich industrial architecture of Manchester, the red brick terraces and the commotion and humour of street life – a theme that the artist is still concerned with, even in his recent paintings. He subsequently enrolled on a teacher training course at Bournemouth College of Art and in 1950 won a travelling scholarship to Rome and Florence.

He taught for twenty years battling continuously against artistic sophistication, for him, beauty resided in “simplicity and a child’s mind”. In 1969 Fred gave up teaching and moved to Cornwall to enable him to devote all his energy to painting. While he still painted scenes, remembered from his childhood in Manchester, he also worked on sunnier landscapes, new faces and activities that surrounded him.

In his later years, he followed in the footsteps of his painting heroes, Van Gogh, Monet and Cezanne, and moved to Northern Provence. He led a quiet life, painting prodigously every day while he exhibited almost exclusively in London. He past away in 2008.