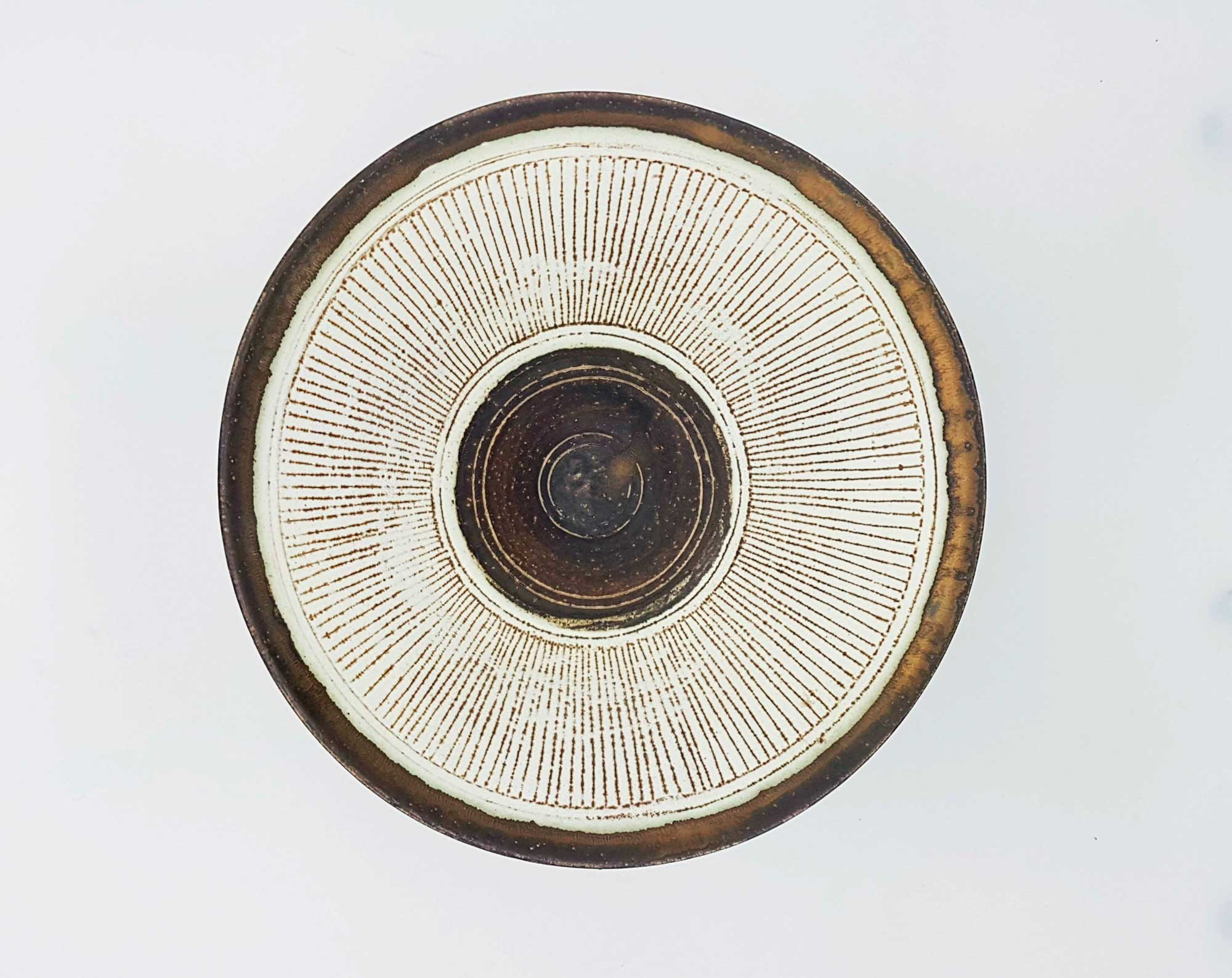 Dame Lucie Rie was an Austrian-born British ceramics artist. Rie’s works, usually consisting of hand-thrown pots, bottles, and bowl forms, are noteworthy for their Modernist forms. Born in 1902 in Vienna she moved to London to flee Nazi Austria. She started a small studio and supported herself producing and selling pottery. Rie was later joined by Hans Coper, a young artist who became a partner in her studio. She taught at the Camberwell School of Art from 1960 until 1971, and in 1991 was made a Dame. Though Rie continued her ceramic practice into her 80s, a series of strokes forced her to stop working in the final years of her life. She died in London on 1 April, 1995. 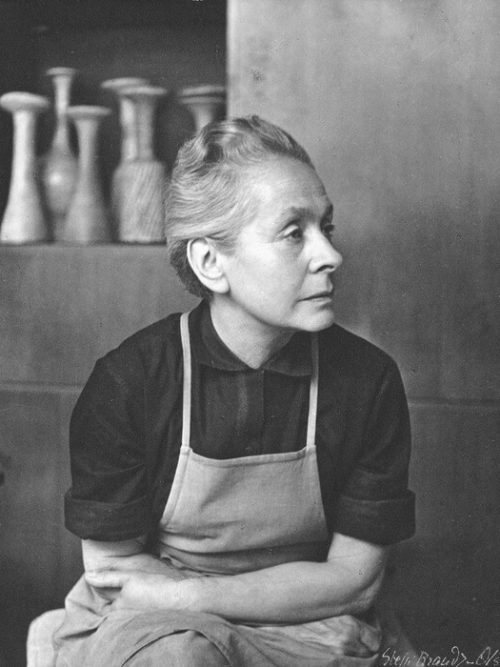