Robina Jack creates both intricately patterned ceramics and paintings on found wood.  Her work is informed by a childhood spent mucking around on an Oxfordshire farm and makes frequent nods to a vanished past.  Much of it is populated by a menagerie of characterful animals, from wistful horses to purposeful hens.  Often a ship in full sail cuts across the waves somewhere between the viewer and a distant horizon, a nostalgic allusion to her family’s maritime connections and to a great grandfather who captained a transatlantic clipper during the reign of Victoria.  No piece is complete without an elaborately decorated border or two, Robina’s motto being, “why have only one border when there’s room for several more?”.

Ceramics and painting have preoccupied Robina for the past twelve years, and prior to that she made acid etched stained glass panels, having attended a course at the Central School of Art in London during the 1970s.  She has exhibited widely since the 1990s, and currently shows work at several galleries including Messum’s alongside her husband Guy Taplin and daughter Nancy Rose Taplin. 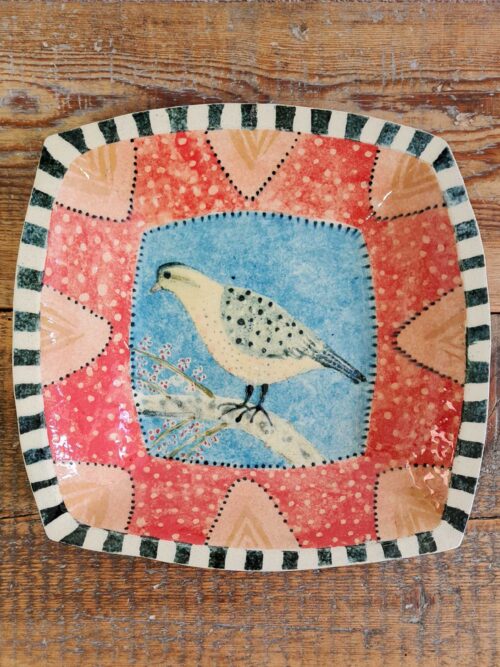