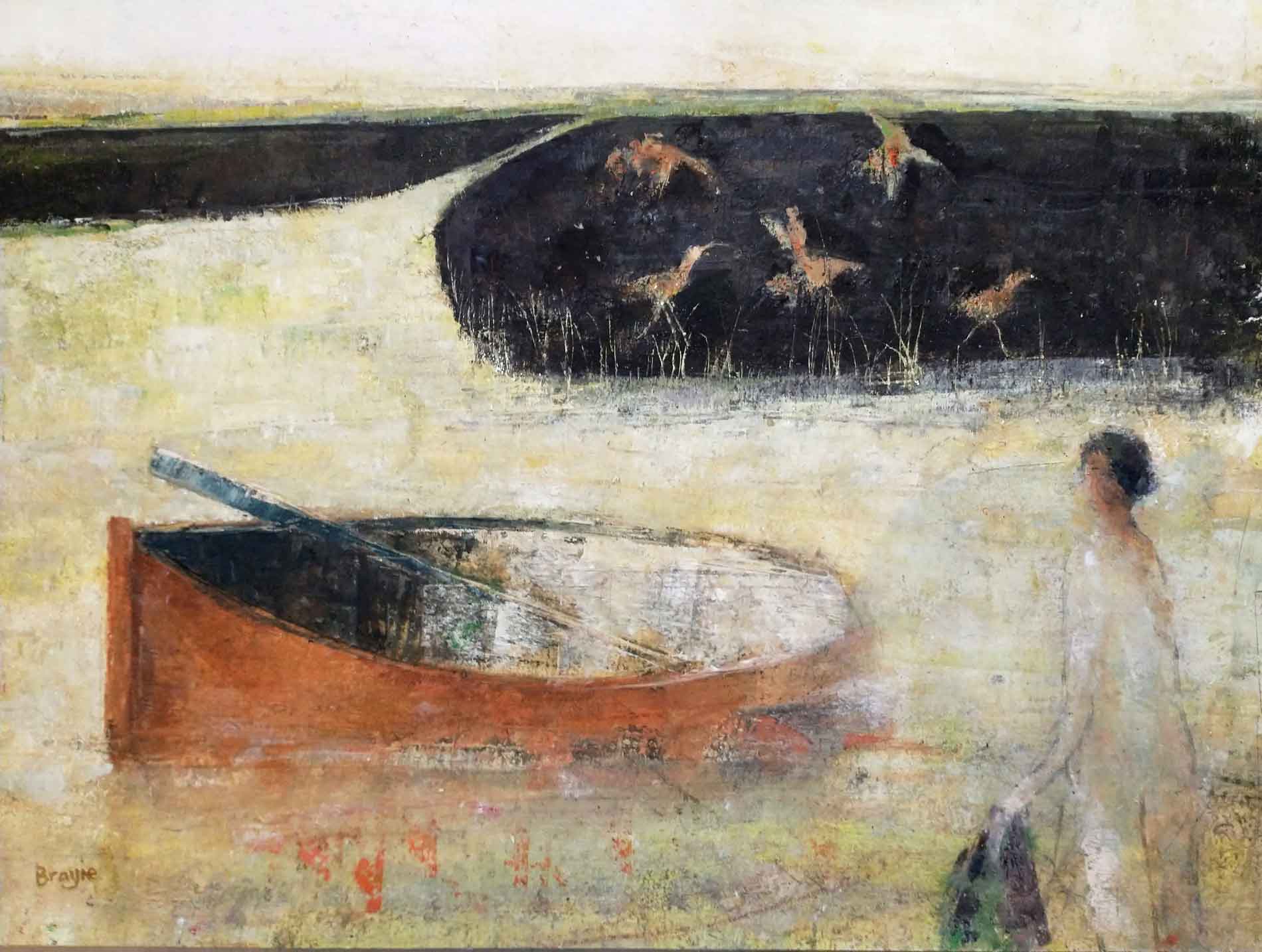 “I like the idea of placing an oar, fishing rod, or something similar in the hands of the figure, because this immediately creates a gesture in quite a lyrical way, which in turn will suggest movement and begin to form patterns and rhythms that will run throughout the work.

“Moreover, if I include two or three figures there is at once an inferred relationship or narrative, although I prefer to leave the exact nature of this to the viewer’s imagination.”

“In my studio I have a stock of about 100 pigments. Each has its own characteristics. Some, like the iron oxides are quite dull-looking, but when you apply them to the paper or canvas surface they can behave quite differently – if you work them in with a cloth or brush they turn very bright. I have my favourite pigments and I often start with those; other colours are used less frequently and perhaps more intuitively.

“Commercial pigments are much more finely ground. I have no objection as such to commercial colours: I sometimes use conventional watercolours if they offer the best solution for the effect I want. However, generally I can only achieve the particular luminosity, vibrancy and lyrical quality that I want by using pigments.”

David Brayne RWS studied at Nottingham School of Art, Gloucestershire College of Art and Exeter University. His work has been exhibited widely, both in mixed and one-man shows.

David has contributed work annually to the Royal Academy Summer Exhibition, the Laing Landscape Competition, the Royal West of England Academy and the Millfield Open, in which he has been a prize-winner three times. He has also won prizes in the Laing Open, Hunting Prize and 21st Century Watercolour Competition and first prize at the National Open Art Competition. He was elected a member of the Royal Watercolour Society in 2001. He was the Featured Artist in the RWS Spring Show 2009.

I Was Always For Boats 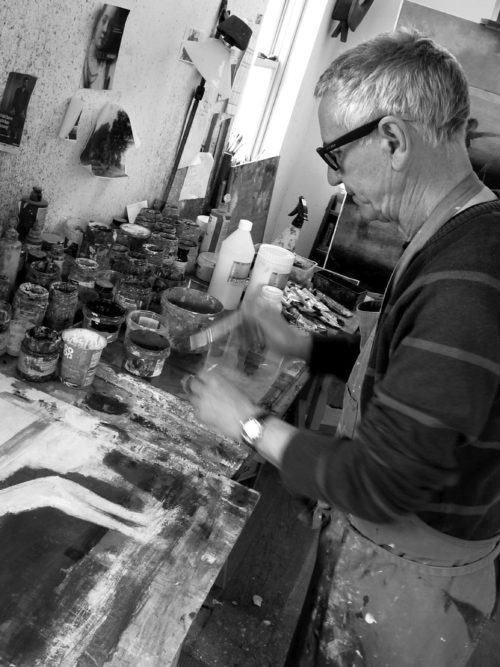